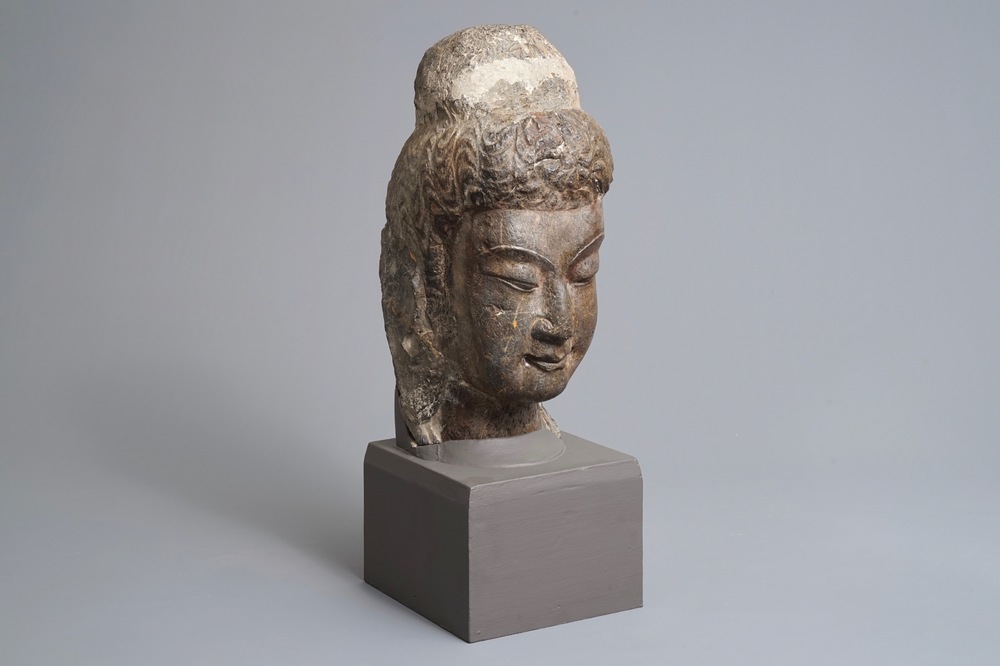 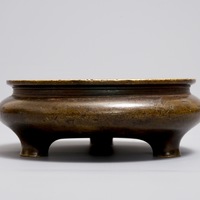 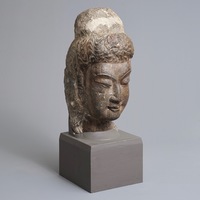 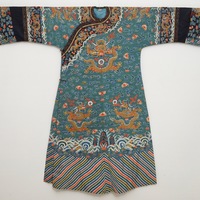 Provenance:
- A Belgian private collection, the descendant from the acquirer as indicated below.
- Acquired from Marcel Dumoulin, Brussels, November 1950. Accompanied by a photo with inscription on the back and stamped 'Marcel Dumoulin - Bx'.

Condition:
As is typical with such pieces, the head appears to have been broken into several pieces and put back together. A piece from the front of the ushnisha is lost. There are scattered areas of fill, most noticable around the usnisha, on the right side of the face close to the ear, and around the left ear. There are scattered chips along the break lines, to the tip of the nose, to the ears and cheeks. There are signs of recarving along the sides of the face, perhaps to incorporate the above restorations.

See also:
- Sotheby's, New York, March 18-19, 2014, Lot 168. (link)
- Musée Cernuschi, illustrated in Gilles Beguin, 'Chinese Buddhist Sculpture at the Musée Cernuschi', Arts of Asia, July-August 2011, pl. 4, p. 65., for another example of a Northern Wei head.
- Saburo Matsubara, Chinese Buddhist Sculpture, Tokyo, 1966, pl. 74A, for a Buddha in Northern Wei style, where the hair is carved with a central whorl and wavy lines, like the present lot.