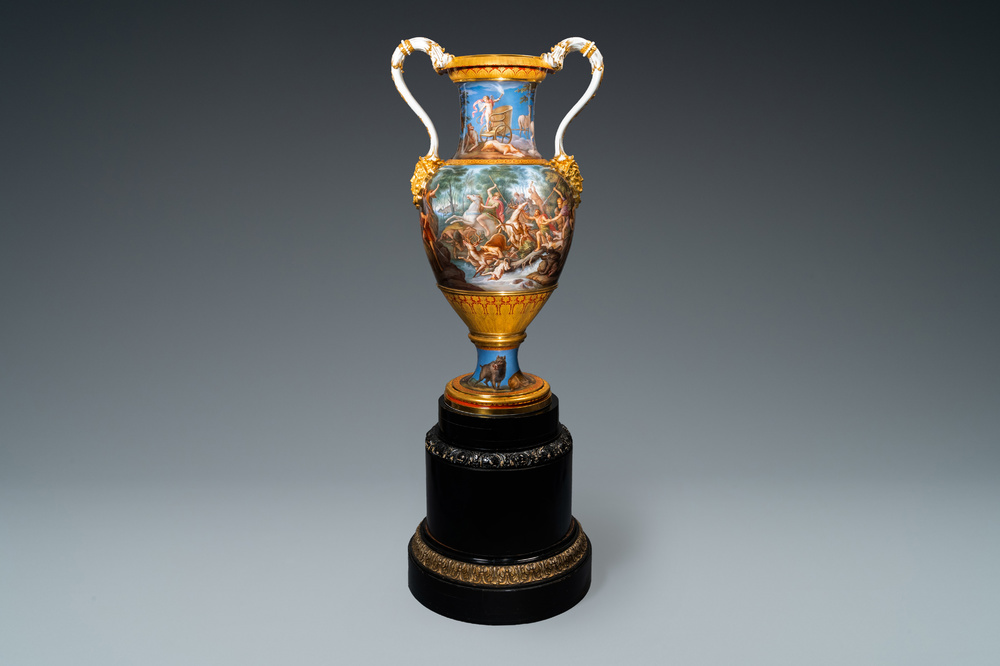 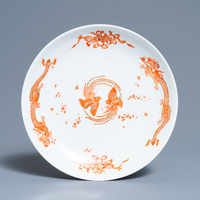 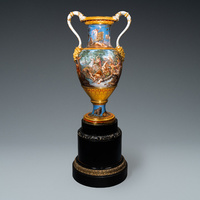 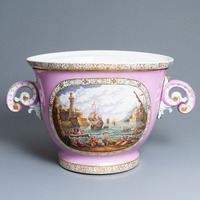 Condition: (UV-checked)
- Generally in very good condition, ready to be displayed. Negligible minor superficial wear throughout.
- The body and foot are connected by means of a gilt copper alloy attachment. On the interior, three vertical tension lines are extending from it, upwards into the body. There also are a few short glaze lines extending from it, which don’t show on the exterior. The three vertical tension lines are retouched on the exterior. The repair very well executed, quasi invisible to the naked eye especially on the painted surface. In the lower red and gilt part, it is slightly visible when sought after.

The base marked with painted crossed sword marks and an incised model number G103.

While very similar, our current example does show a number of small differences when compared to the museum example. The neck is painted in reverse, and the ornamental band below the neck appears to be somewhat more ornate. The foot also appears to have a supplementary circular ornamental band.