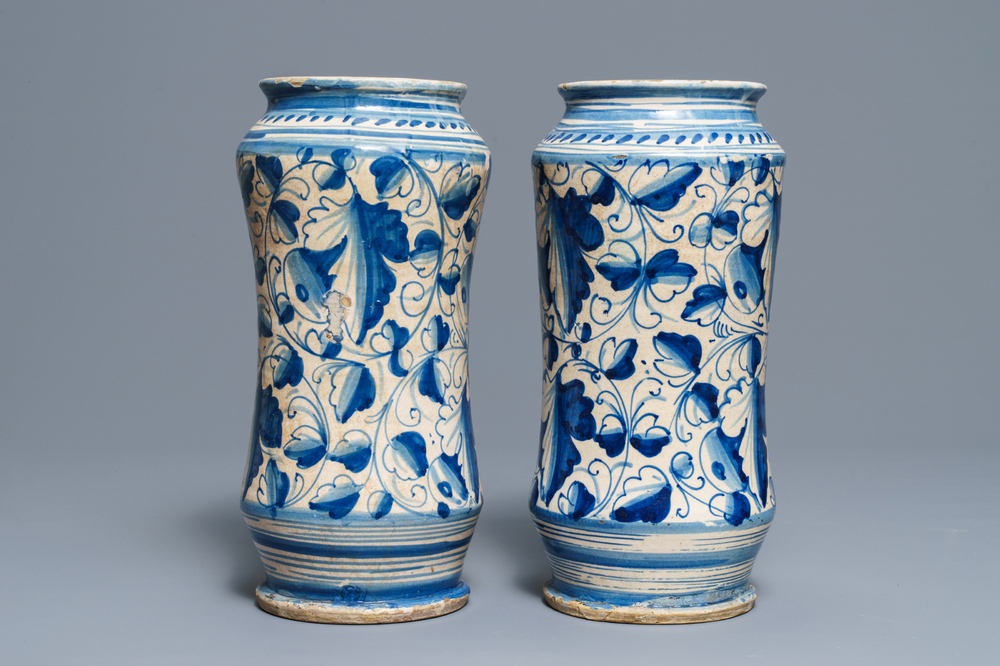 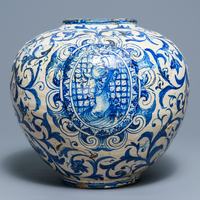 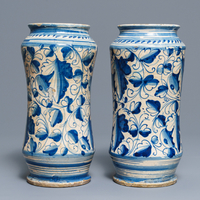 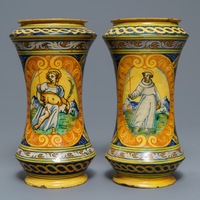 The attribution of these albarelli is hard to establish. The 'a foglie' design being widely used accross Italy, later also became an important ornamental feature on Antwerp maiolica.
Examples in similar style:
- The Victoria and Albert Museum, London, Museum number: 5402-1859 (link). This example may be the closest to our current pair. It is dated 1593.
The description of the piece refers to 'Encyclopedia Italiana', Rome 1934, article 'Maiolica' by G. Ballardini, Pl. CLXXI lower right, where a similar albarello with inscription " ROMA 1620 " is depicted.
- Cambi Auctions, Milan, Oct. 25, 2016, Lot 69, for a similar example attributed to Montelupo, late 16th C. (link)
- Farsetti Auctions, Milan, April 20, 2012, Lot 431, for a similar example attrbuted to Venice, ca. 1640 (link)

Condition: (UV-checked)
- One with a tight ca. 6 cm hairline running down from the rim. Minor glaze abrasions, baking flaws and discoloration. A chip on the foot, as well as a small reglued chip on the foot.
- The second with a ca. 4,5 x 3 cm section of glaze loss in the lower half, with related short glaze lines extending. A similar spot visible on the inside, corresponding to the aformentioned section on the outside. A few further minor baking flaws and glaze abrasions.