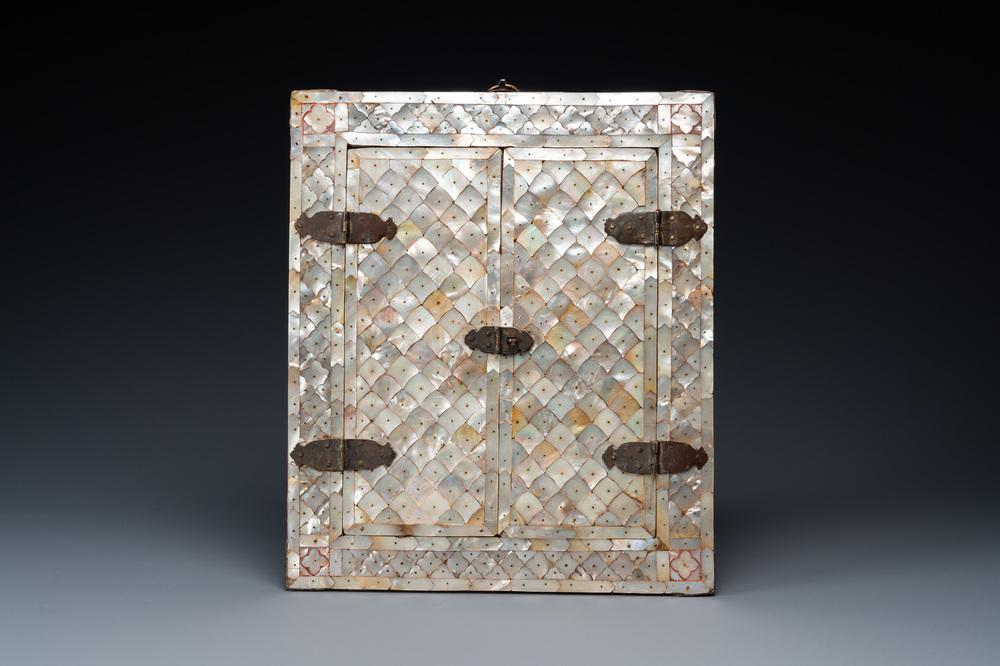 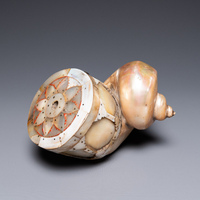 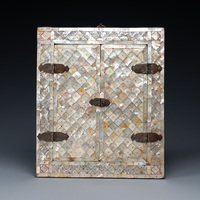 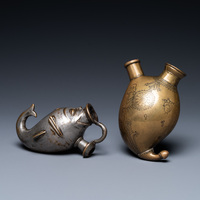 Commissioned under Portuguese patronage, these oratories were probably the work of artisans from Gujarat. They illustrate the Gujarati decorative technique of working with mother-of-pearl found on goldsmiths' work as well as furniture and objects. In the sixteenth and seventeenth centuries, Gujarat was the centre of production of a range of articles decorated with or fashioned from mother-of-pearl. These luxury goods such as caskets, ceremonial maces, basins and ewers were being made for consumption within India and for export to markets in the Middle East and Europe.

Ref.:
- Sotheby's, London, Oct. 8, 2014, lot 220, for a closely related example. (link)
- Bonham's, London, April 21, 2015, lot 238, for a closely related example. (link)
- A Namban oratory in the Convent of Santa Maria da Caridade, Sardoal, Santarém, Portugal, very nicely demonstrates the actual use of such oratories. (link)
- A. Jaffer, Luxury Goods from India: The Art of the Indian Cabinet-maker, London, 2002, cat. nos. 11-14, pp. 38-43, for a number of similar objects from Gujarat in the collections of the Victoria and Albert Museum in London which are constructed of wood and covered entirely with pieces of mother-of-pearl.