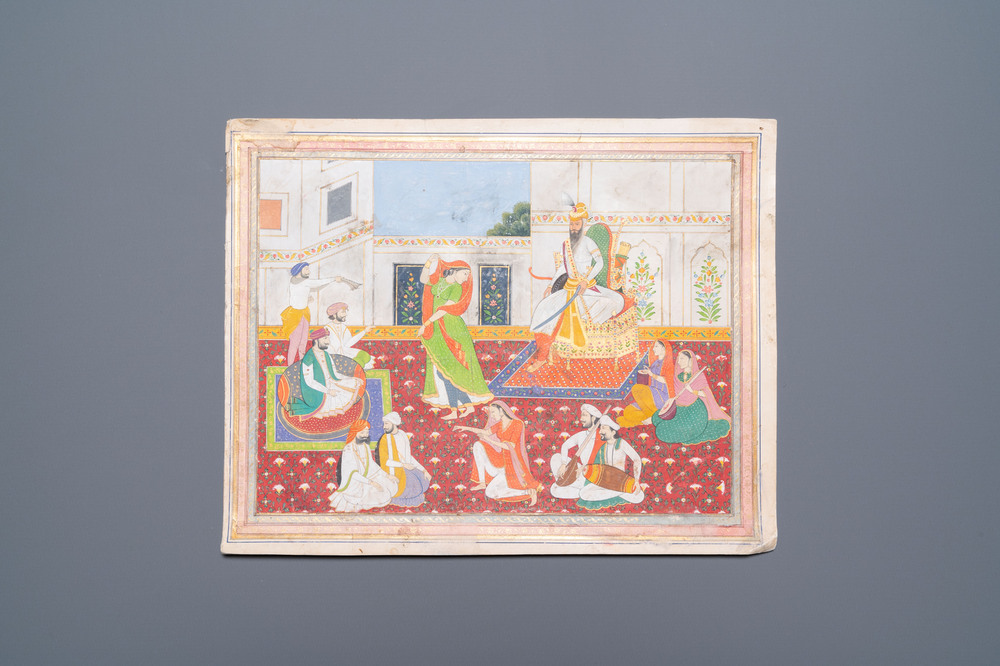 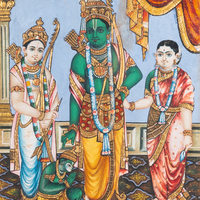 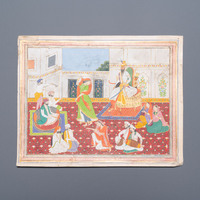 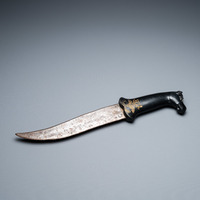 Condition: (UV-checked)
- The work: small losses to the applied pigments, most apparent to the small white flowers on the red ground, superficial staining throughout, minor superficial wear and a very small loss to the bottom right corner.
- The board below with the upper left and bottom right corner fairly worn, staining and wear throughout. Crease lines and wear to the back. An inscription as shown.
- Please note that the actual colour of the work is much darker than the studio image shows.

Ranjit Singh, the first Sikh maharaja of the Punjab (r.1801-1839), is depicted seated on a western-style chair with a leg tucked underneath him, a manner in which he was often seen by European visitors to his court.
Also known as the ‘Lion of the Punjab’, Ranjit Singh commanded the greatest respect amongst the Sikhs, after the Gurus. In 1799, Ranjit Singh captured the Fort of Lahore which was built by the Mughal Emperor Akbar in the 1560s. In 1801, he was proclaimed Maharaja of the Punjab and ruled the region for almost forty years, uniting the Sikhs during his reign.