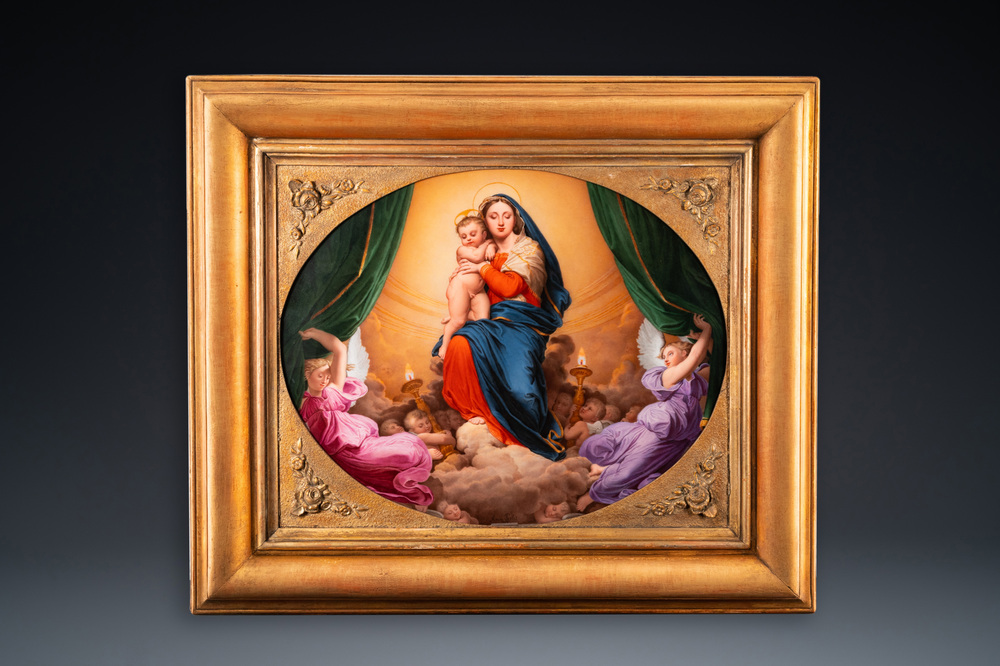 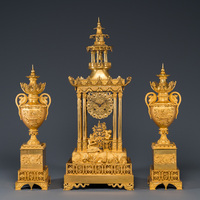 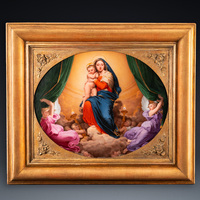 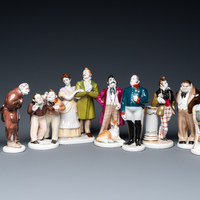 Signed and dated in the lower middle section.

Commissioned by the Ministry of the Interior in 1820 for the town of Montauban, the painting represents the Vow of Louis XIII. The work was met with great success at the Salon of 1824. Later on  critics made Ingres the main representative of the classical school opposed to romanticism, represented at this salon by Delacroix. It marks the great return of Ingres to the Parisian artistic scene, after years of expatriation in Rome. His work is clearly inspired by his devotion to Raphaël. The abandonment of his stylistic audacity was considered outrageous and bizarre by the critics. The work earned him the Legion of Honor from King Charles X. The painting hangs in the Notre-Dame-de-l'Assomption cathedral in Montauban. (source: Wikipedia)

Aimée Perlet was one of the first porcelain miniaturists of her time. She is the aunt of the painter Pierre Etienne Perlet, pupil of Madame Jacotot.
She worked a lot for the Manufacture de Sèvres between 1825 and 1830, and was admired by Brongniart.