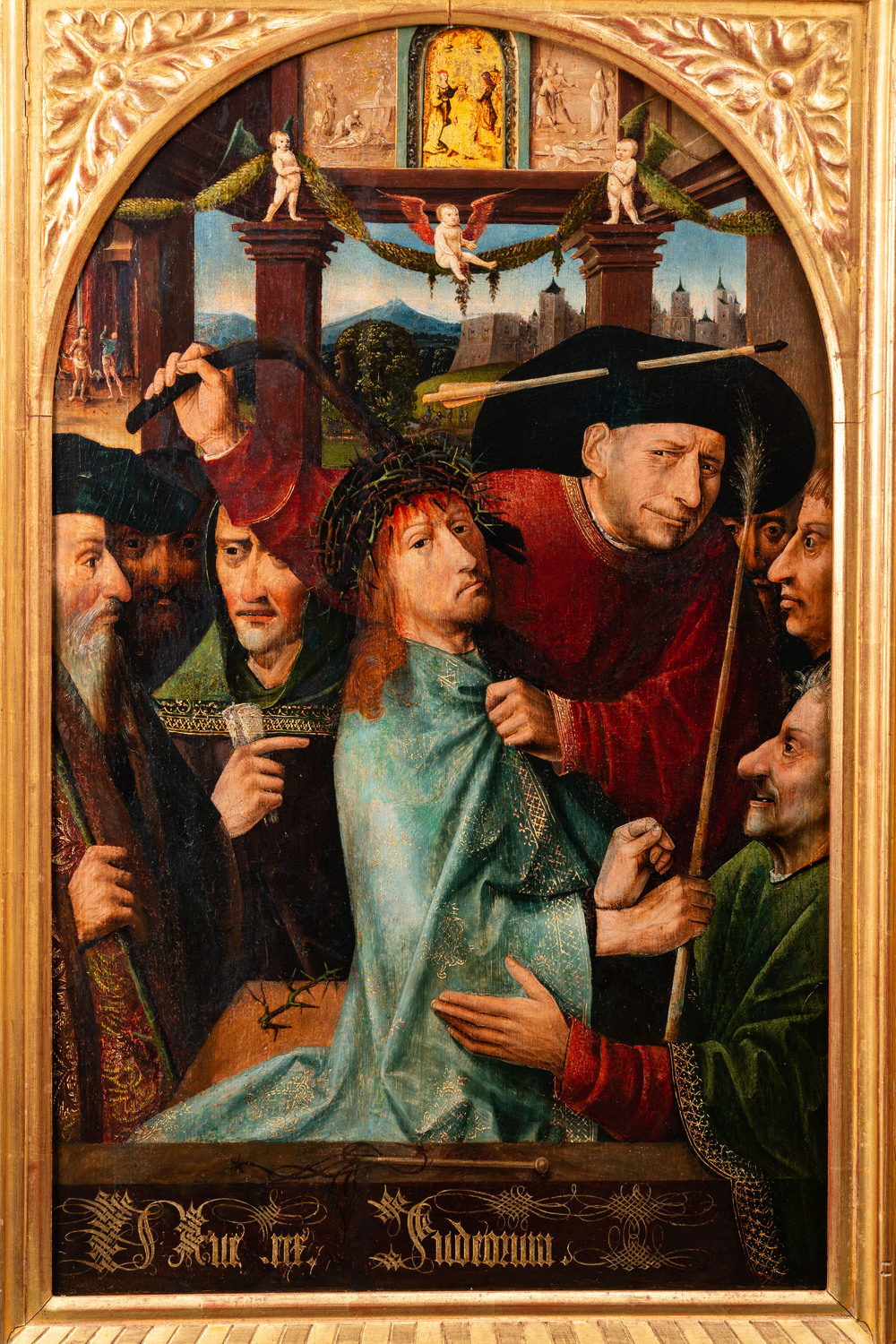 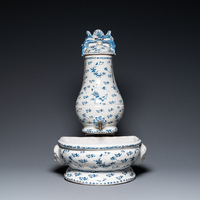 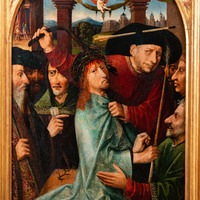 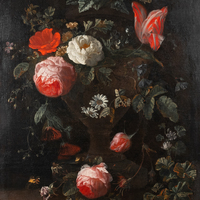 Provenance:
- An important Belgian private collection. Accompanied by a small receipt for restoration by Corneille Leegenhoek in 1968.

The composition of our current painting places it in a group of works inspired on Hieronymus Bosch' work 'Christ Mocked' (The Crowning with Thorns), in the National Gallery in London. In the confirmed Bosch original, Christ looks directly at the beholder. In our version and quasi all others, his body is turned sideways 90 degrees, the head aimed towards the beholder. The most reknown example of this group is the very large panel in the Monasterio de San Lorenzo at El Escorial, near Madrid, in Spain. The centerpiece of the Passion Tryptich in the Museu de Belles Arts in Valencia, Spain, is a very close relative. A version in the Antwerp museum of fine arts, KMSKA, is attributed to Jan van Scorel. The version in the Philadelphia Museum of Art in turn bears very important similarities to the van Scorel.

A further number of less important versions have surfaced and are mentioned by the RKD. (link)

What sets our version apart is the background perspective as well as the inscription 'Ave Rex Judaeorum' in the lower part, stylistically comparable to the inscription to the lower left of the central panel of the Passion Tryptich in Valencia. This allows an attribution to an Antwerp mannerist painter, part of a group of largely anonymous painters active in the Southern Netherlands and principally in Antwerp in roughly the first three decades of the 16th C.