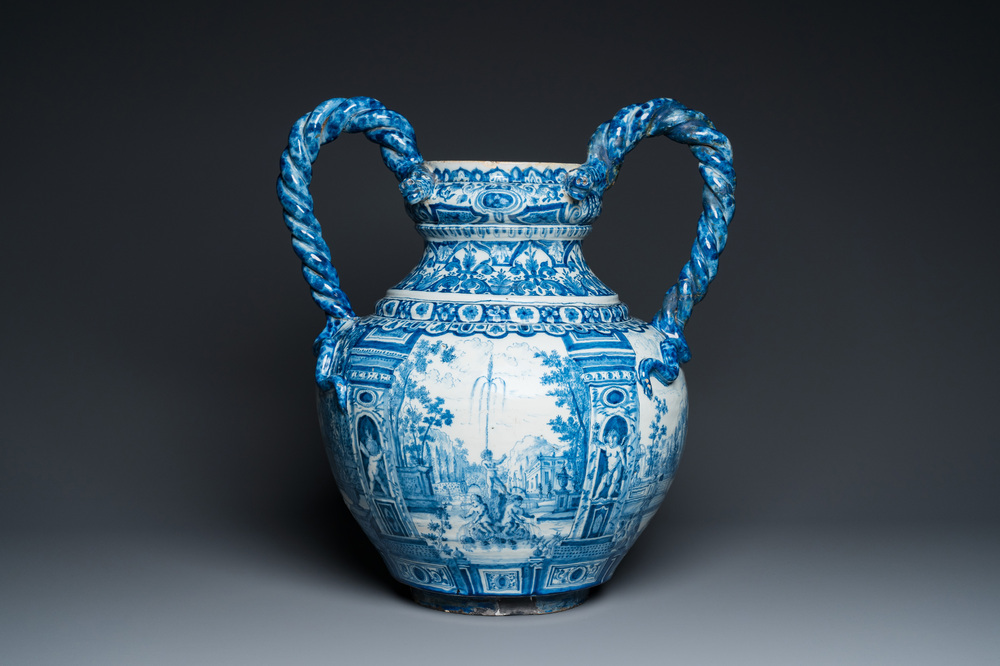 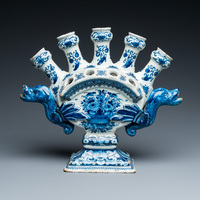 While the shape of this magnificent bulbous vase does not immediately remind us of the known spouted flower vases, it is in fact one of these so called tulip vases.
This vase is the large central part of a four-piece spouted vase, which rests on a ceramic base and is topped by a two-tier upper section boasting 15 spouts.

Provenance:
- A Dutch private collection.
- With Koekkoek Antiques, London, in the 1990's, Ref.: A short notice to the dealer in a Belgian newspaper (link)

Ref.:
- Colonial Williamsburg Museum, Object number1936-484,1A-G, for a pair of related pyramidal tulip vases, possibly from the same set. (link) A group of similar vessels is on display in the Great Chamber at Chatsworth, as depicted in Apollo Magazine, Vol. 167, June 2008, p. 90-97 (link to article) (see added reference image)
- The Metropolitan Museum, Accession Number: 1994.218a–c, for another example which also lacks the base. (link)