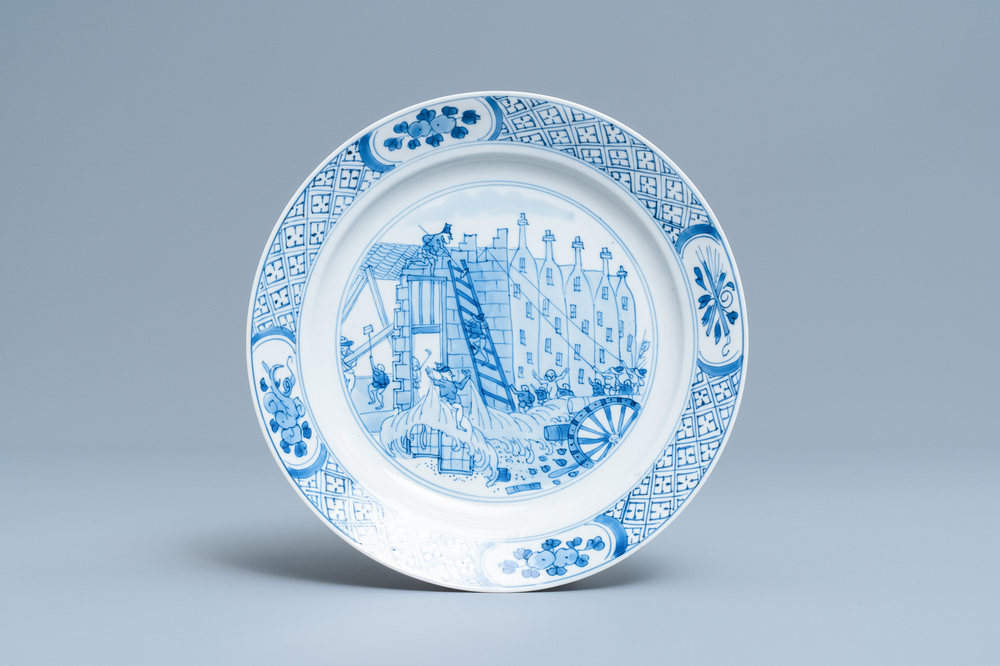 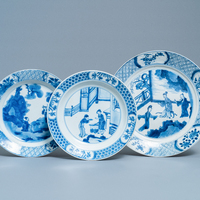 Condition: (UV-checked)
- With a consolidated, invisible ca. 3 cm hairline at ca. 12 o'clock, showing up under UV-light but invisible to the naked eye.
- The rim with three very small filled chips on the outer rim.

The citizens of the Dutch city of Rotterdam, incensed by a brutally unfair punishment pronounced by their magistrate, ran riot and tore down the magistrate’s house. This act was commemorated in a cast medallion from which the plates, also ordered to commemorate the event, were painted. This is the first European historical/political event ever to be produced on Chinese export porcelain.