A large Chinese famille rose and grisaille bowl with the naval battle at Cartagena, Qianlong 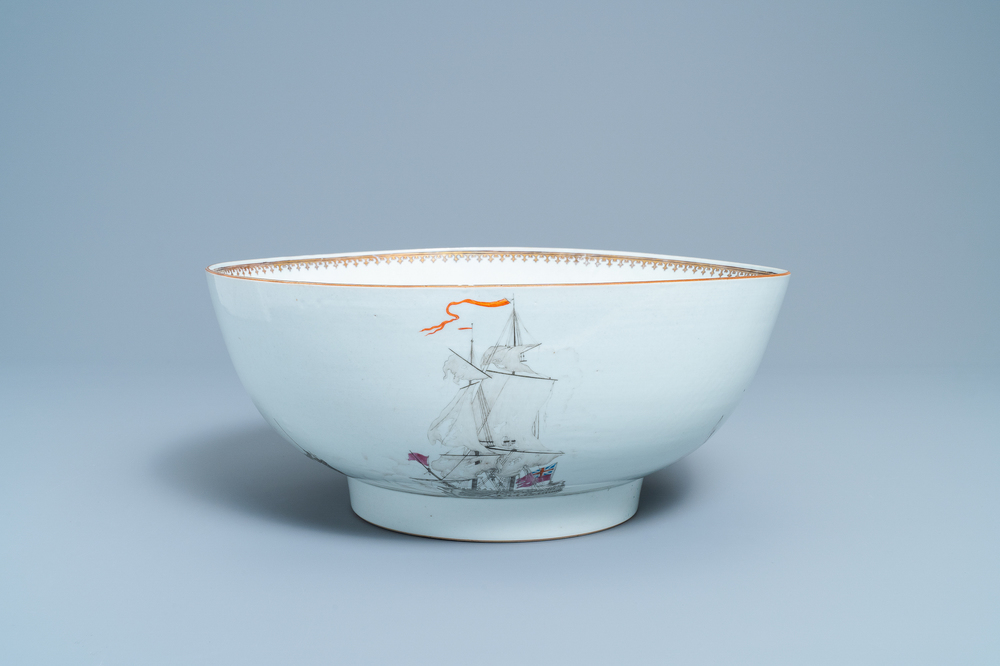 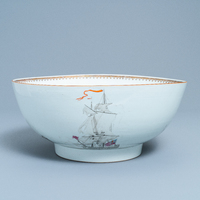 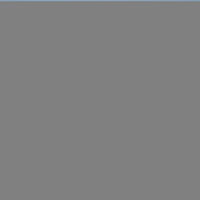 Condition: (UV-checked)
- With a C-shaped rim section broken out and restuck, the break restored.
- Two small superficial chips on the upper rim.
- Otherwise in good condition, the sound of the bowl intact when tapped.

It was quite a fascinating battle. After Monmouth's commander, Captain Arthur Gardiner, was severely wounded by a strike of grape shot on the forehead and taken below deck, the four ship's lieutenants (Robert Carkett, David Winzar, Stephen Hammick and Lt Campbell) continued the battle.

The battle was concluded after the arrival of HMS Swiftsure, who delivered the final volley. The captain of the Foudroyant, M. le Marquis de Quesne, after surrendering his ship to Lt Carkett on the Monmouth, preferred to hand his sword to Carkett, for whom he had the greatest admiration. The total losses on the Monmouth were 29 killed and 81 wounded. The dead, including Captain Gardiner, were buried at sea near Cape de Gata on the afternoon of Saturday 4 March. The ship was then taken to Gibraltar for repair.

In a small twist of fate, the Foudroyant was later to be commanded by Nelson - who was a cousin of Lt Hammick.
Monmouth was also present at Belle Île in 1761.