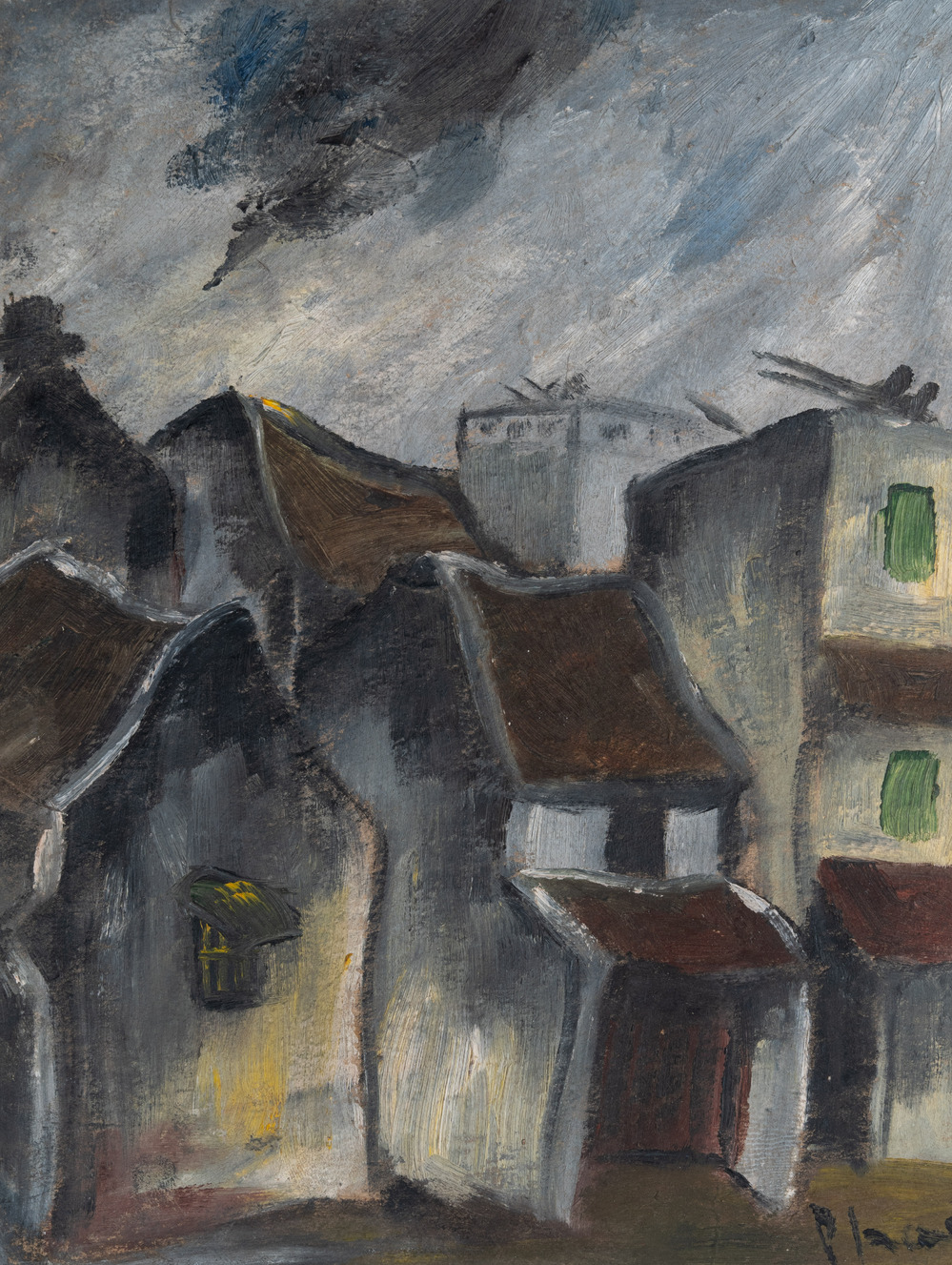 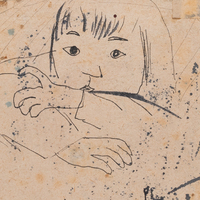 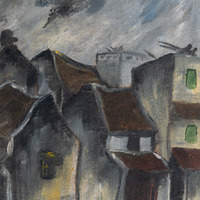 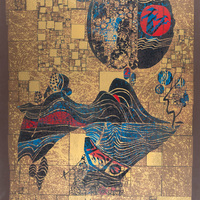 Provenance:
- The collection of Thomas Ulbrich, Studio Tho, Hanoi-Berlin.

Bùi Xuân Phái was born in Hanoi on 1 Sepember 1920 into an intellectual family. Against his father’s wishes, he decided to pursue fine art. He enrolled in the École des Beaux-Arts de l’Indochine in 1941, where he studied alongside Nguyễn Tư Nghiêm, under the guidance of Joseph Inguimberty and Tô Ngọc Vân. Phái’s studies took place during the Japanese World War II occupation of Vietnam and were ended abruptly in March 1945 when the Japanese forces ousted the French colonial administration, causing the college to close. Phái was unable to graduate. As the resistance movement against the French began, Phái moved to Thanh Hóa province, together with fellow artists. On his return to Hanoi with his new wife in 1952, he pursued painting passionately and was invited to teach at the Fine Art College when it reopened in 1955. Soon after, in October 1957, Phái lost his teaching position for supporting the Nhân Văn-Giai Phẩm affair, a movement by intellectuals demanding political and cultural freedom, and was unable to show his work in public until 1984.

Phái became known as one of the “four pillars” of modern Vietnamese art, alongside artists Dương Bích Liên, Nguyễn Tư Nghiêm and Nguyễn Sang. He is best known for his haunting street scenes of Hanoi and his many portraits and caricatures, though numerous copies of his work have flooded the art market since the 1990s. Phái’s portrayal of deserted and melancholy Hanoi streets did not make him popular with officials and it was often difficult for him to obtain suitable art supplies. Many of his drawings are made on reused cardboard, newspaper or similar supports. Phái made an extensive number of portraits of friends and family, as well as theatre actors. In particular, his friendship with young woman artist Văn Dương Thành from 1968 until his death in 1988 resulted in many simple yet evocative sketches. Phái was finally acknowledged late in life by the government, and was posthumously awarded the Hồ Chí Minh Prize in 1996, the highest award in Vietnam, for his achievements in art. (source: witnesscollection.org)