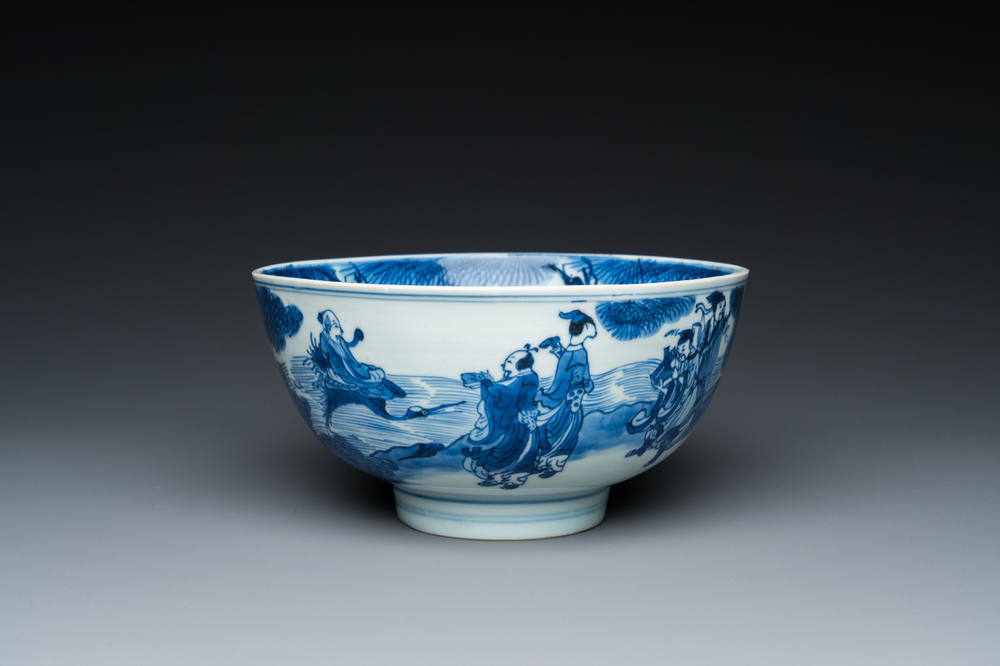 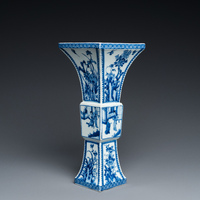 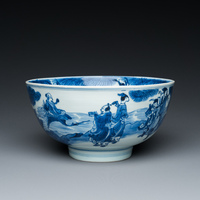 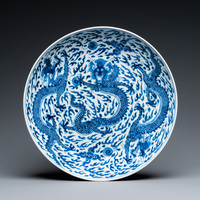 The mark, Shen De Tang Bo Gu Zhi 慎德堂博古製, translates to ‘Made in the antique style for the Hall for the Cultivation of Virtue’.

This hall mark appears on porcelains from the early Kangxi period and on imperial porcelains from the Daoguang period. The Hall for the Cultivation of Virtue was one of the private imperial residences of the old Summer Palace, the Yuanmingyuan, located northwest of the Forbidden City in Beijing. The hall was originally built by the Kangxi emperor and was expanded by the Yongzheng and Qianlong emperors. Eventually the Daoguang emperor, who reigned from 1821-1850, used the hall as a daily residence until his death. The entire complex, including the Shendetang, was destroyed by European troops in 1860.