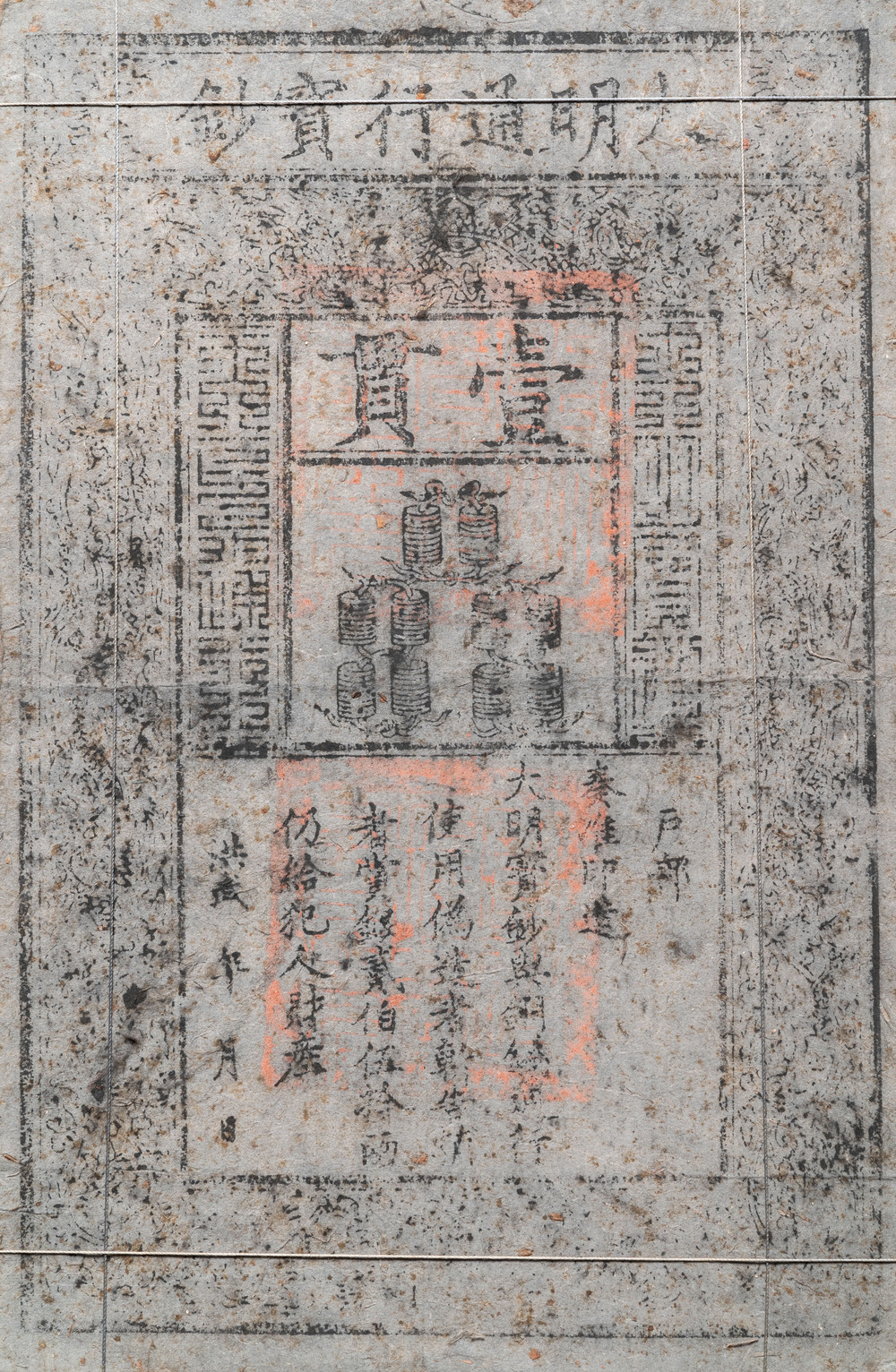 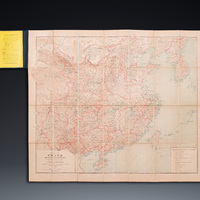 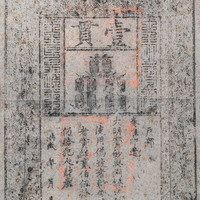 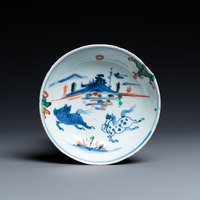 Most copies known today were originally discovered during the Boxer Rebellion in the early 20th century. A later trove then came to light during the demolition of a Temple around the outskirts of Beijing in the 1930's. The historical bank notes were found within a sort of time capsule in the temple. Dates noticed for this type are between 1368 and 1399 and with the large quantity available they have quickly been well regarded by collectors and dealers with their incredible age and large format.